Results of statistical analysis reveal that many parts of Europe can expect potentially harmful levels of mycotoxin contamination in the upcoming 2020 corn (maize) and wheat harvest.

Follow our predictions on mycotoxin contamination levels in the upcoming European wheat and corn harvest.

Mycotoxin Prediction for Corn and Wheat in Europe

Above the risk thresholds

The percentages in the table are the likelihood that a crop in that region will be above the risk thresholds measured in parts per billion (ppb) for fumonisins (FUM), aflatoxins (Afla), deoxynivalenol (DON) and zearalenone (ZEN). The regions are quite large and it is important to note that risk levels could vary widely within each region. More regional details are contained in the regular video updates.

The long-range forecasts for July and August show standard July rainfall levels for most areas of Europe, a bit more than usual in many parts of Southern European and Northern Scandinavia. Drier conditions than normal are forecast in many parts of Russia from Moscow north. July is the main month for corn silking or flowering for most of Europe and rain during this period increases the risk of mycotoxin-causing diseases penetrating the corn cob. Corn silking or flowering has started in some very southern parts of Europe, but so far, little rainfall has occurred in these areas reducing the initial risk of corn mycotoxins at this stage. For August, the rain forecast is again normal for much of Europe but getting drier in much of the eastern parts of Central Europe through Eastern Europe, while Northern Scandinavia remains wetter than normal and parts of northern and eastern Russia may get a lot wetter.

The forecast for the next ten days highlights risk for infection during early corn silking and increased winter wheat harvest risk in in some southern areas (the north coast of Spain, Pyrenees, some parts of eastern France, northern Italy as well as at the east of the Black Sea in northeast Turkey, western parts of Armenia and Georgia and some small parts of southern Russia. Also, there are heightened wet day risks in much of Central Europe and further north and east.

At this stage the highest risk for Central European corn is DON (at 90%) with a reasonably high predicted risk also for ZEN at 53%. This is slightly up from last week due to forecast rain over the next week. The effect of actual timing of any rainfall will need to be assessed from July onwards. The risk of Afla is mainly seen in parts of Romania and Hungary, both countries are included here in Central Europe.

In Eastern Europe, DON is again the greatest risk in corn at 90%. There is a somewhat lower risk predicted for ZEN compared to Central Europe even though the same fungi can produce both DON and ZEN. The development of ZEN will depend on conditions later in the season. The prediction for FUM has increased somewhat due to some significantly warmer conditions now being forecast for much of Eastern Europe; the warm forecast has also increased the predicted risk for Afla.

For Northern Europe, mycotoxin levels in corn are characteristically lower but there is still a reasonable risk of DON being above the risk threshold. There is also some risk of the associated ZEN. A slightly drier than normal forecast for July and August have reduced the estimated risk for DON and ZEN, but the FUM risk has increased very slightly with warmer temperatures than normal forecast for this summer. Some shorter season varieties of corn can begin silking in early July and this will coincide in many areas with wet days that will increase the risk of infection with mycotoxin-producing fungi.

DON is also the highest risk in Southern Europe but FUM and Afla are higher risk compared to the other regions. In some years, hot and dry conditions may increase the risk of Afla further in this region, and the long range forecast now shows warmer conditions in much of this region with particularly hot areas in parts of Serbia. Silking will have started in some southern areas with reduced risk in southern Spain, southern Italy, southern Greece and much of Turkey but northeastern Turkey, non-coastal Balkan areas and scattered parts or northern areas of Italy and Spain northern. 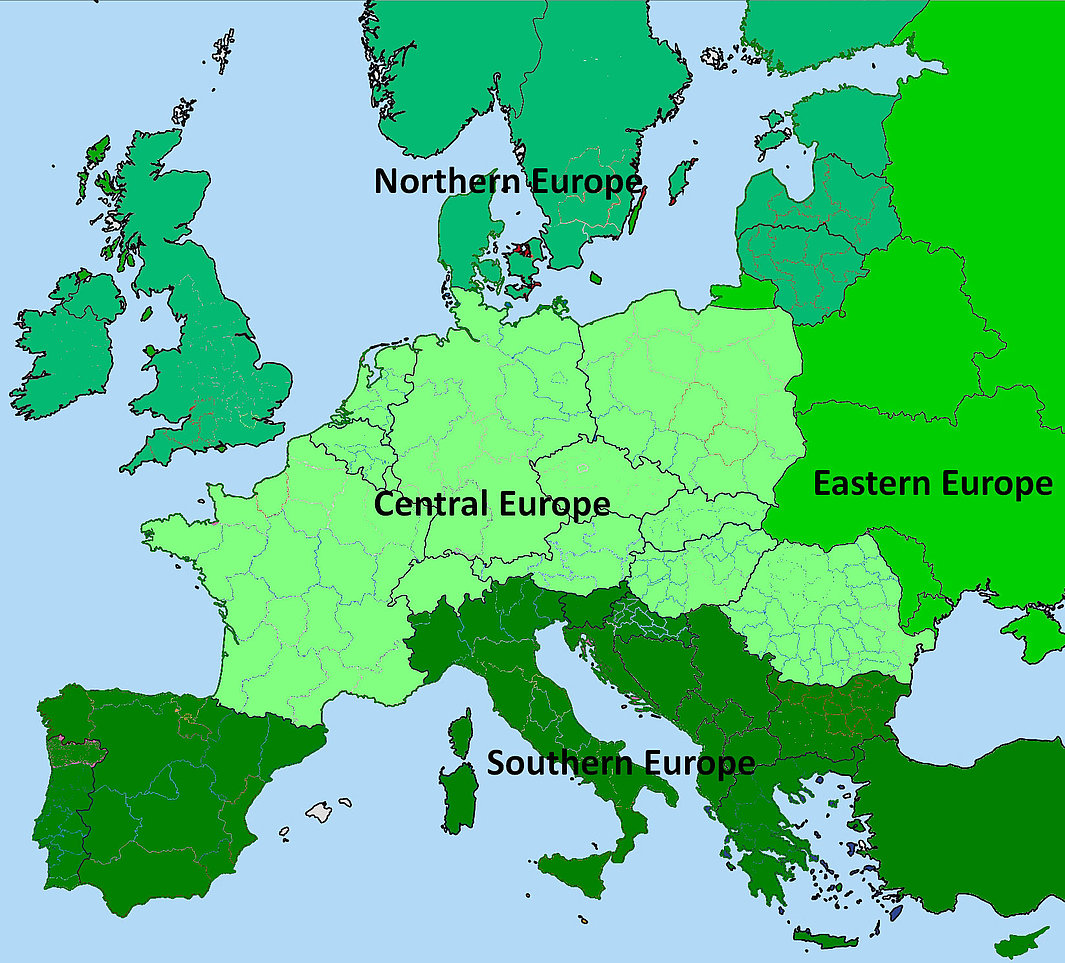 For wheat, all areas will now have experienced winter wheat anthesis. This gives us more confidence in these predictions because we know the actual weather conditions at the vulnerable time of anthesis.

The risk of DON in wheat is reasonably high in all regions because of rainfall coinciding with anthesis time going up slightly this week in Northern and Eastern Europe. Reasonably high numbers of days with rainfall in the first week of July in much of Northern Europe increase the risk of Fusarium head blight and the associated DON and ZEN in any of the later anthesis crops in these areas. The less common summer wheat crops will be at somewhat lower risk than winter wheat this year because of the somewhat drier conditions forecast during summer wheat anthesis. The highest DON risk is still predicted in Northern Europe where we are expecting some generally wetter conditions for the remainder of this month following a reasonably wet start to June. ZEN, although a somewhat lower risk than in corn, is still a risk in all regions with the highest risk predicted for Eastern and Northern Europe so far. 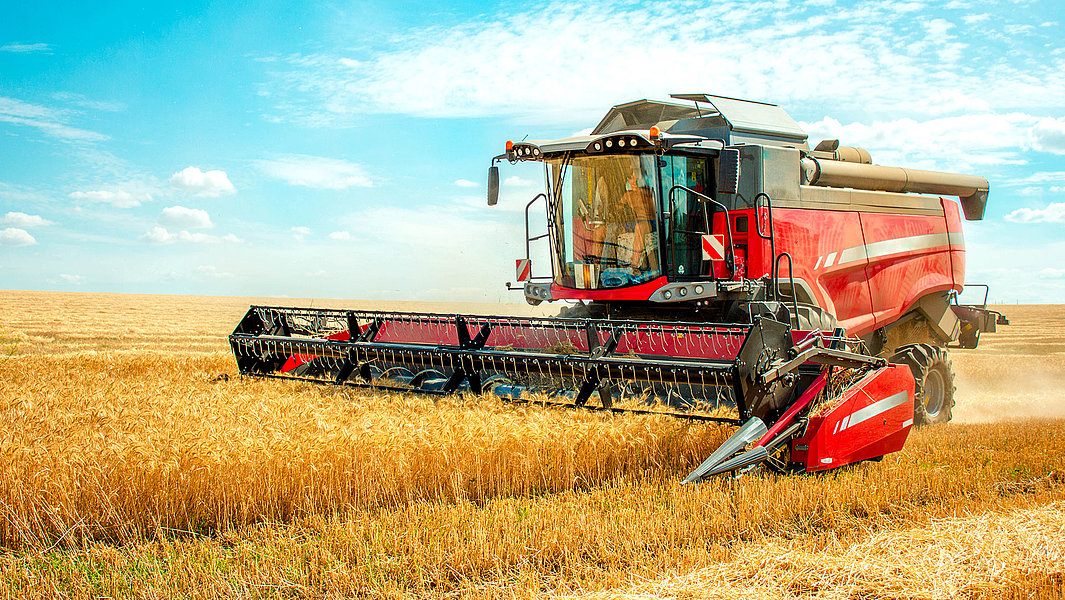 Mycotoxin contamination threatens the quality of your feed, the health of your animals and your profitability.

The Mycotoxin Prediction Tool uses sophisticated algorithms that draw upon 15 factors and the extensive proprietary data set compiled through the BIOMIN Mycotoxin Survey, the longest running and most comprehensive survey of mycotoxin occurrence in animal feed worldwide.

The Mycotoxin Prediction Tool helps keep you naturally ahead in managing the risk of mycotoxins.

How does prediction work?

The tool analyses data from a range of inputs to calculate a predicted mycotoxin contamination level for the next harvest.